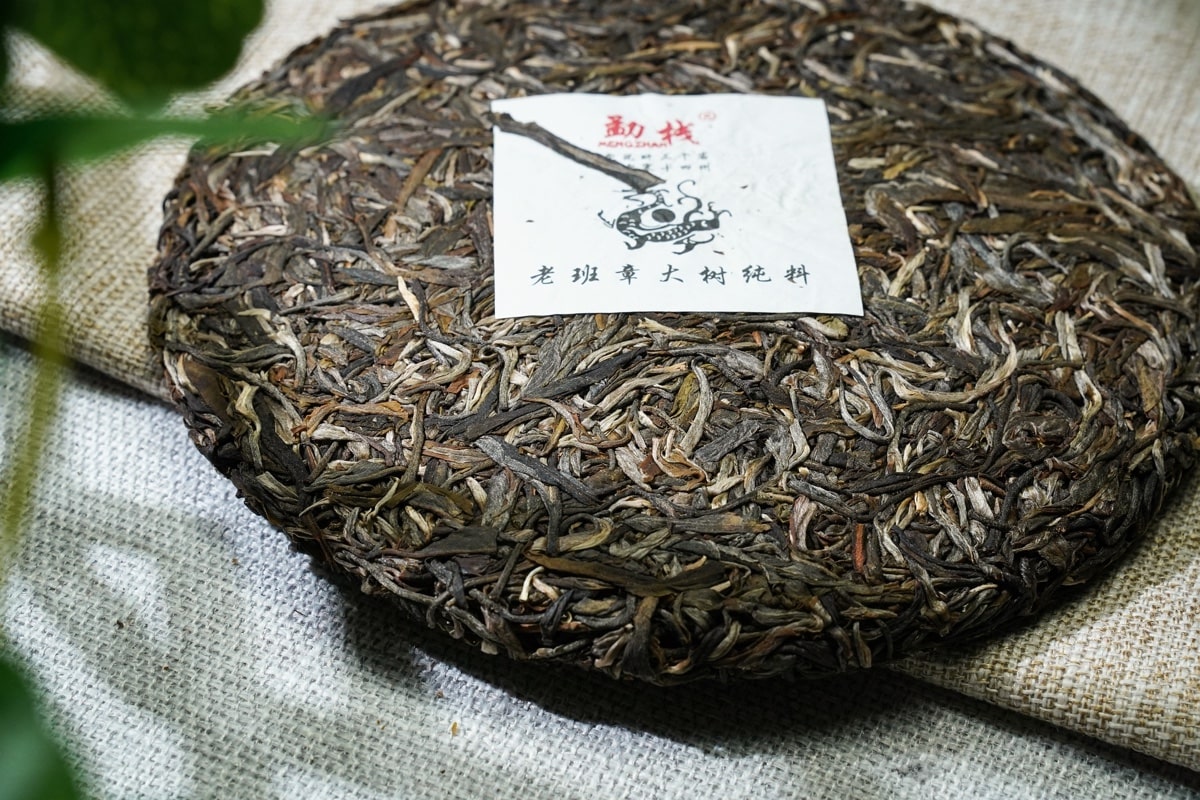 Pu'er tea (also known as pu-erh) is a style of dark tea that's grown in the Yunnan province of China. It’s named after the city of Pu'er. This tea is mainly categorized as a dark tea (black tea is the direct translation from Chinese) that goes through fermentation during and/or after its processing. Fermentation refers to the microbial activity which is typically happening or purposely initiated after the tea leaves have been sufficiently dried and rolled. Pu'er can be divided into two main categories, shēng, and shóu pu'er. They differ based on the kind of fermentation that takes place in or after their processing. In its final form pu'er is usually pressed in cakes or bricks, which can weigh 100g to 5kg, while 357g is the most common cake weight.

Dark Tea
Tea Type
·
Dark tea is a microbially fermented type of tea. The fermentation continues several months to many years and the leaves are often pressed in cake or brick shapes. The most famous dark tea is Pu’er from Yunnan, China.

Unlike most other tea styles, pu’er is fermented. Traditionally this is applied in a natural way through long storing of the tea (called sheng), alternatively, pu'er can also be artificially fermented through a controlled environment, which speeds up fermentation where the tea is stored for 45-60 days (shou). Besides the fermentation, the tea leaves also continue to oxidize, which adds a rich malty, and caramel sweetness to the tea. Sheng pu’er is often aged for years, even decades, which is not seen in many other tea types (rarely with oolong and white tea). The flavors of pu’er are often described as dark, bold, mellow, sweet, floral, rich, thick, woody and complex, although taste can vary strongly based on the pu'er category and age.

Generally, there are many debates on pu’er categorization. While some categorize all pu’er or some pu’er as dark tea, others view pu’er as a separate category on its own.

As shou pu’er is always fermented during the wet piling processing step, it is mostly categorized as a dark tea (also called post-fermented tea) in the western world. However, in China, tea producers generally tend to categorize less and view pu’er as a category on its own, independent from dark tea.

Sheng pu’er categorization is even more complex and controversial. Fresh sheng is unfermented, therefore it can’t be categorized as a dark tea. Aged sheng however, is categorized by some as a dark tea after it has undergone natural fermentation in the aging process. Though, this raises the question of how long and in which environment the tea needs to be stored to be considered a dark tea.

True pu’er is only grown in the counties and prefectures of Yunnan. Although the tea style is also produced in some other provinces of China, like Hunan and Guangdong, they are not considered true pu’er.

There are three major types of pu'er tea cultivation: cultivated tea bushes, wild arbor trees, and actual wild trees. These different methods can have a large impact on the final product.

When it comes to pu'er processing it is important to distinguish between sheng (raw) and shou (ripe) pu'er. In general, the first steps for both categories include picking the suitable tea leaves and converting them into so-called “maocha”, which is basically the pre-state of pu'er. After that, the processes start to split up.

Optionally raw and ripened pu’er are being wilted/withered at the beginning of the process. This later helps convert the leaves into maocha, which means "light green rough tea" or just "rough tea". After plucking, the leaves are handled really carefully to prevent unwanted oxidation. If it's sunny on the day of processing, the leaves will be spread out in the sunlight to wilt and dry. If there isn't sufficient sunlight, the leaves are artificially dried by light heating, which also has an effect on the end product.

In the following, the leaves are pan-fried. This process deactivates most enzymes and nearly stops all oxidation. After the frying, they are rolled in a slightly bruised state before drying out in the sun. Because the leaves aren't fully dried, they still undergo partial oxidation in the sun, which is a unique and essential part of pu'er processing.

After the leaves are dried, the maocha is ready. This is basically the pre-stage of pu'er, which also can sometimes be bought from merchants.

Maocha is then either pressed into raw pu'er or is used for further processing to create ripe pu'er.

Ripe Pu'er or shou is pressed maocha that has been artificially fermented to imitate aged raw pu'er. Ripe pu'er is also known as cooked pu'er, which is not really accurate as the processing doesn't include cooking of the tea but the leaves are actually exposed to consistent heat through the fermentation.

This recent method of converting maocha into ripened pu’er is an invention from the Menghai Tea Factory in 1973. This processing method uses the piling of tea to prolong bacterial and fungal fermentation to imitate the aging process of raw pu'er in a warm environment. This technique is called Wò Dūi (translates to "wet piling") which in its whole includes piling, dampening, and repetitively turning the tea leaves to create a balanced fermenting environment.

Controlling the variables of humidity and microflora growth is essential to produce a high-quality end product. Poor control in these areas can result in bad ripened leaves that are decomposed, with an aroma and texture that can actually resemble compost. The fermentation process typically takes between 45-60 days.

In scientific studies with rats, the consumption of pu'er was found to significantly suppress fatty acid synthase (FAS) and also benefited reductions in cholesterol levels and triacylglycerol.

The make-up of chemicals that were responsible for these effects are catechins, caffeine, and theanine.

In traditional Chinese medicine, it is believed that drinking pu'er can revitalize the spleen. It's also said to reduce heat in the stomach area and "descends qi."

One of the main risk factors of pu'er tea is potential leftovers or byproducts of the fermentation process. Especially very old pu'er's should be drunk with caution, as the risk of unwanted bacterial or fungal growth during the aging process exists. Usually, warning signals are a fishy smell and a wet feel to the tea. With pu'er, it is recommended to always give especially older teas one or two rinses to "wash" them and potentially remove unwanted contents.

Additionally, due to the fact that pu’er tea is fermented its caffeine content is higher compared to most other tea types. For caffeine-sensitive people, this can involve risks.

In areas where pu'er is consumed a lot, some cases of fluorosis occurred (fluoride poisoning which can cause issues with teeth and bones). This can be traced back to high levels of fluorine content in lower quality pu'er bricks with older tea leaves.

The flavors of pu'er can often be very intense, so long steeping times are not recommended unless in later infusions.

Because pu’er is derived from the tea plant Camellia sinensis, it naturally contains caffeine. For caffeine-sensitive people, this can involve risks.

After that, the first infusions are typically between 10-30 seconds and range up to 10 minutes in later ones. The water temperature can span from 85-100 degrees Celsius. Naturally individual preferences apply here.

For high-quality pu'er, up to 20 infusions with softer tasting notes can take place. 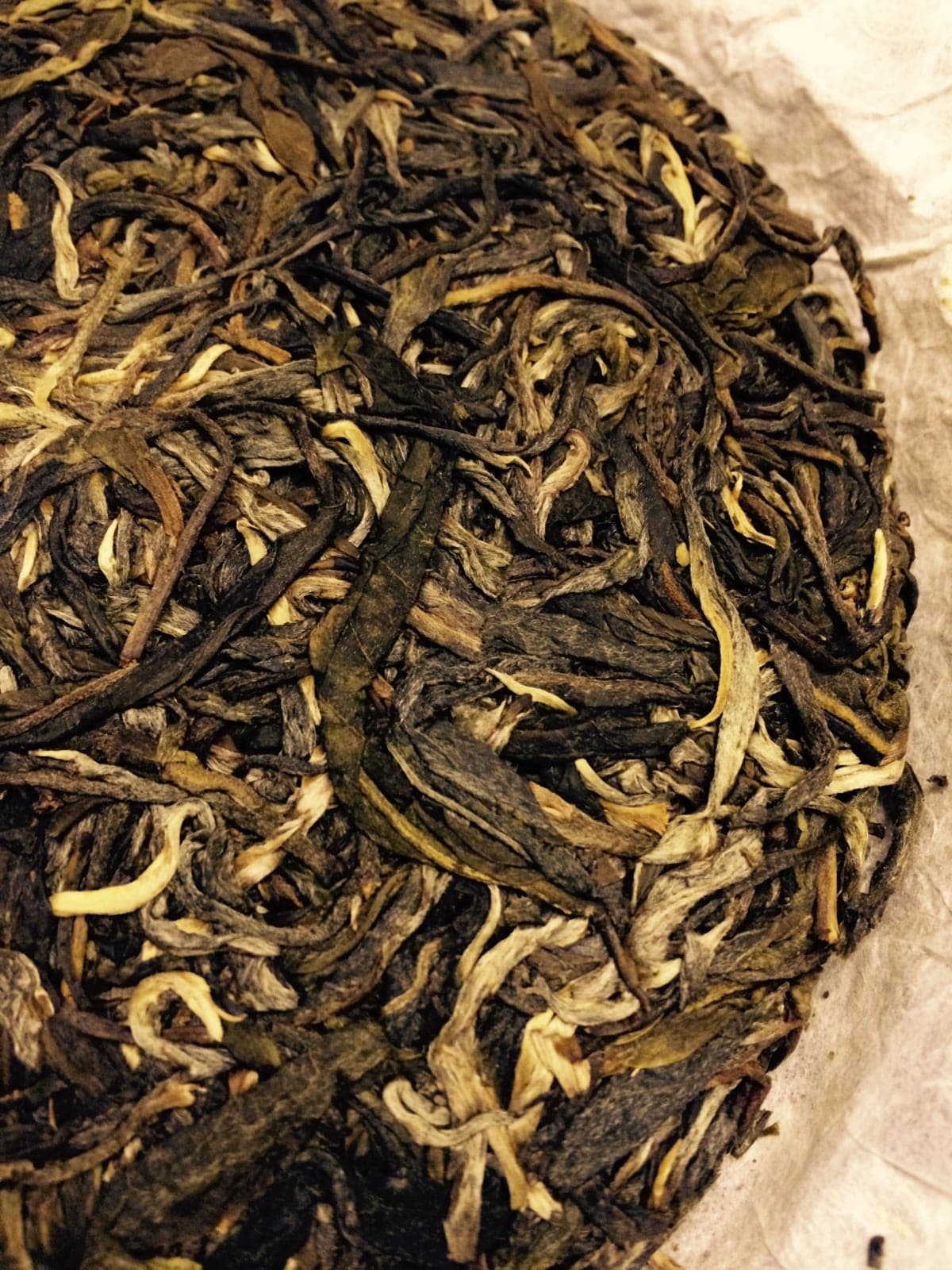 Dark Tea
Tea Type
·
Dark tea is a microbially fermented type of tea. The fermentation continues several months to many years and the leaves are often pressed in cake or brick shapes. The most famous dark tea is Pu’er from Yunnan, China. 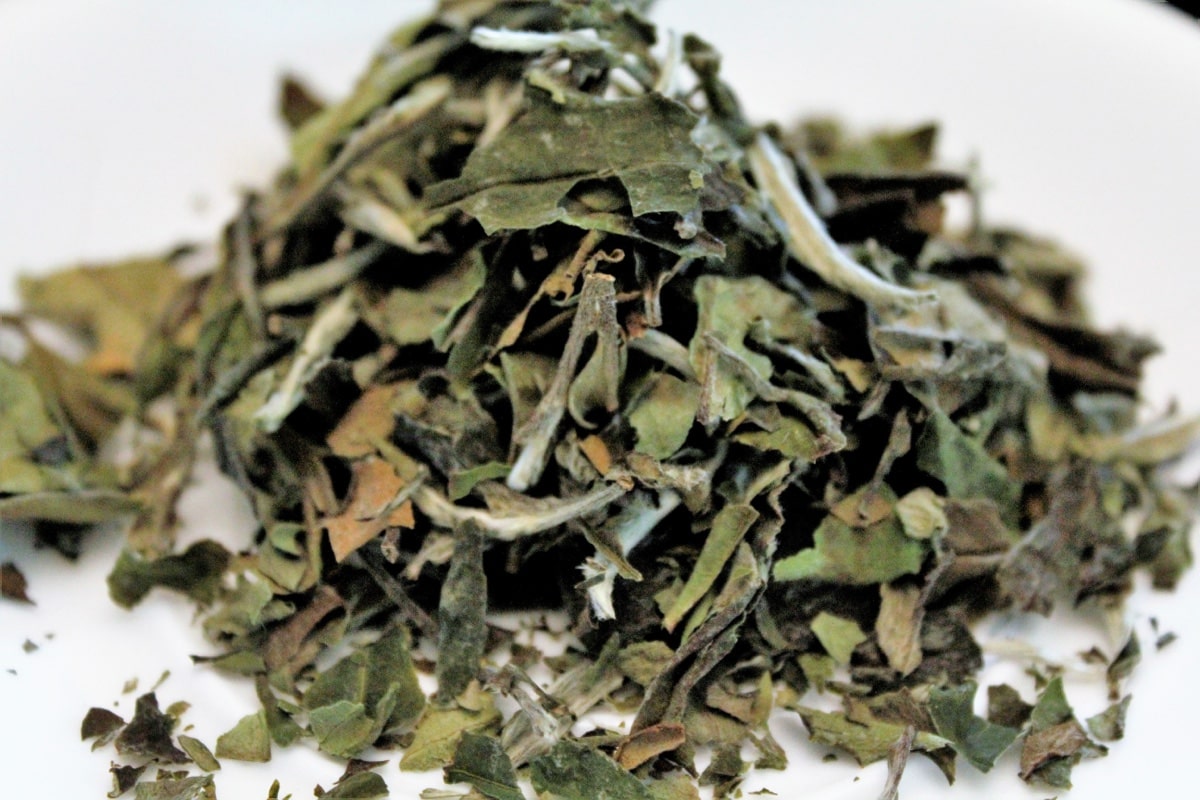 White Tea
Tea Type
·
White tea is one of the most recent tea types out there. It is the *least processed* tea type and has only been lightly oxidized. But just because of that, it does not necessarily mean that it is simple in taste. In fact, the processes it goes through are very meticulous and important for its taste development. Its production center is in China, especially in the *Fujian* province. In the last few years the production areas of white tea are increasing thanks to its gaining popularity.
By clicking “Accept”, you agree to the storing of cookies on your device to enhance site navigation, analyze site usage, and assist in our marketing efforts. View our Privacy Policy for more information.
PreferencesDenyAccept